Welcome on Fast French Learning ! You are new here ? You can receive your E-Books : Les Prépositions en Français and Le Masculin et Féminin en Français, it will lead you to make no more errors in French !

The middle ear is a set of small cavities filled with air dug in the temporal bone. It consists of the ear-drum, the ossicles (hammer, anvil, stirrup) and the Eustachian tube. It begins with the ear-drum, it is an extremely thin membrane that measures 8 to 10 mm thick with a surface of about 60 mm², stretched by small muscles. Its central cavity is the tympanic case, it is the auditory element of the middle ear, it is dug in the temporal bone, it is filled with air and communicates with the Eustachian tube. The tympanic case begins at the ear-drum and marks the end of the middle ear. At the ear-drum are connected the ossicles, they are bones, the names of the ossicles evoke their form: hammer, anvil, stirrup. The ear-drum is mechanically connected to the inner ear by the ossicles, the stirrup resting on the vestibule window, which constitutes the beginning of the inner ear. The Eustachian tube is an oblique conduit that connects the middle ear to the throat.

Thank you for reading this article 🙂

Please, fill out the form to get your
2 Free E-Books

It will lead you to make no more errors in french !

​to download so you won't make the 2 most common mistakes in French !

​Please, fill out the form to ​get your

I hate spam, your email address will never be sold or resold​. By registering here you will receive articles, videos, commercial offers, podcasts and other tips to learn and improve French, and anything that can help you directly and indirectly. View full legal notices at the bottom of page.  You can unsubscribe at any time.

​2 Free E-Books
to download so you won’t make the
2 most common mistakes in French !
Les Prépositions en Français 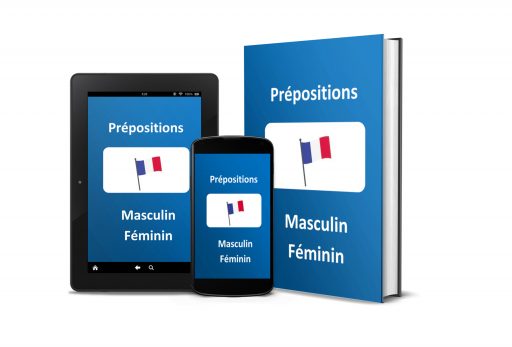 Please, fill out the form to get your